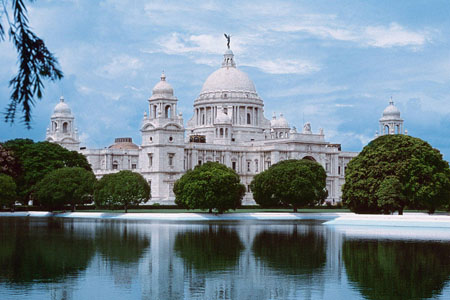 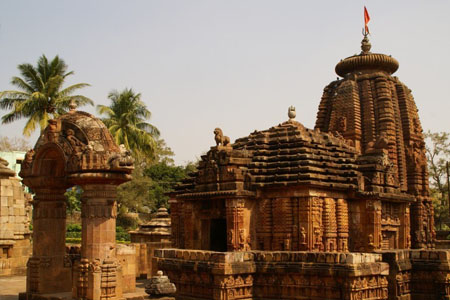 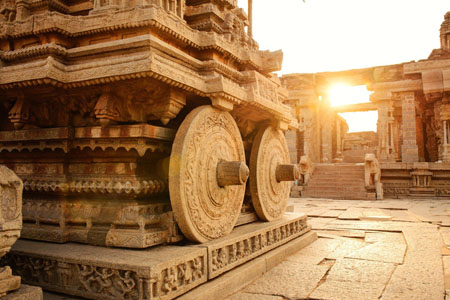 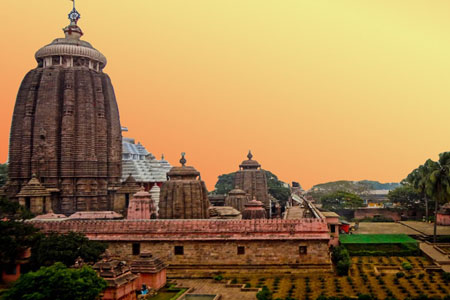 Arrive Kolkata
Meeting upon arrival and transfer to Hotel.
Overnight at hotel

Kalighat Kali Temple – Dedicated to Goddess Kali, Kalighat Temple is a famous Hindu Temple in Kolkata, West Bengal. People from all over the country visit the temple to seek the blessings of Maa Kali. Kalighat Temple is believed to have existed from the time of Chandragupta II. The original temple was a small hut-shaped structure, which was built by Raja Mansingh in the 16th century. The present structure was completed in 1809 under the guidance of Sabarna Roy Chowdhry. The main shrine of the temple has a unique image of Goddess Kali. The present idol of Maa Kali was made by two saints – Brahmananda Giri and Atmaram Giri. The idol has three huge eyes and a long tongue and four hands, which are made of gold.

Dakhineshwar Kali Temple – The temple is dedicated to Goddess Kali, the temple is situated on the eastern banks of the Hooghly river near Kolkata. The temple of Goddess Kali was founded by Rani Rashmoni following a dream she saw when she was about to start on her pilgrimage to Benaras (Now Varanasi). A long term plan of the Rani materialized which she had longed to perform when her husband died with unfulfilled wish of constructing a Kali temple. Built in the summers of 1855 by a devotee, this Kali temple in Dakshineswar is one of the most widely visited religious sites in the state. Along with its devotion to the Goddess Kali, the divine place also has its association with the 19th century mystic, Ramakrishna Paramhansa. One of the popular tourist attractions in Kolkata, the Kali temple boasts highly of its architecture.

Indian Museum – Kolkata (Earlier known as Calcutta) Indian museum, founded in 1814 by Asiatic Society of Bengal, by the founder and curator Nathaniel Wallich, is one of the oldest museums of Asia. It is located in Chowringhee on the Jawaharlal Nehru Road. Indian museum of Kolkata, India provides you a complete plethora of items to glance. Indian Museum is one such place to have a rendezvous with the undying cultural spirit of India. Indian museum has various departments namely Geological, Zoological, Archaeological, Anthropological and Economy Geology. In the must watch category, it has the 4,000-year-old mummy and the urn that is said to contain the ashes of Buddha. Indian museum is more commonly known as ‘Jadughar’ as in house of magic, where you can also see the fossils, coins, Gandhara art, stones etc. On visiting the museum, you will also come across the preserves of several antiques of Mohenjodaro and Harappa. Thus, it can be said that the Indian museum reveals the life history and culture of Indians from ancient times till date in the most beautiful manner.

Mother’s House – The tour takes you to Mother Teresa house and tomb, also used as the headquarters of her Missionaries of Charity. The Missionaries of Charity was formed by Mother Teresa in 1950, and today consists of over 4,000 nuns. It has expanded its wings to more than 100 countries, with the objective to provide care and support to the sick, mentally ill, aged, victims of incorrigible diseases, and abandoned children. Mother Teresa was buried on the ground floor of the Mother House on 13th September, 1997 and her tomb has become a place of pilgrimage for quiet meditation, a place of profound silence and peace, despite the persistent noise of passing Kolkata traffic. Mother’s tomb is a reflection of her life; that prayer and contemplation must be possible, even in the midst of noise and distractions.

Morning after breakfast, in time transfer to airport to board flight for Bhubaneswar

Meeting upon arrival and transfer to hotel.

Lingraj Temple – Lingaraj Temple is believed to be the oldest and largest temple of Bhubaneswar. The temple of Lingaraja is highly revered by the followers of Hinduism. Located at Bhubaneswar, Orissa. Lingraj Mandir is easily accessible from the city. The term ‘Lingaraj’ suggests ‘The king of Lingas’, where ‘Linga’ is the phallic form of Lord Shiva. In the 11th century, Lingaraj Temple was built by the King Jajati Keshari, who belonged to Soma Vansh. It is thought that when the King shifted his capital from Jaipur to Bhubaneswar, he started the construction of Lingaraj Temple.

Rajarani Temple, the 11th century Rajarani Temple is famous for its sculpted figures and the successive tiers of projections rising to form its 18 meters tower. Somehow, it is very similar to the famous Khajurao Temple. The Rajarani takes its name from the local sandstone used to build it. The temple no longer has an image of the deity in the sanctuary but its strong Saiva associations are testified from the figures of Shiva and his consort Parvati on the platform and Saiva doorkeepers. Another attraction of this temple is the carvings of the eight dikpalas (temple guards), who protect the temple from the different directions. They are Indra (east) the head of the demigods, Agni (southeast) god of fire, Yamaraja (south) god of death, Nirritti (southwest), Varuna (west) god of water, Vayu (northwest) god of air, Kubera (north) god of wealth, and Isana (northeast). This temple is completely dedicated to Lord Brahma. This famous temple is situated at old Bhubaneswar near Tankapani Road.

Mukteshwar Temple – The Mukteswar Temple is often described as one of jewels of Orissa for its exquisite sculptures and elegant looks. The plan is now a full-fledged five sectioned form, Pancharatha and the platform or the Pabhaga consists of five moldings.

Parsurameswar Temple, located in the East Indian city of Bhubaneshwar, the capital of Orissa, is considered the best preserved specimen of an early Orissan Hindu temple dated to the Sailodbhava period between the seventh and eighth centuries AD. The temple is dedicated to Hindu god Shiva and is one of the oldest existing temples in the state. The temple is believed to have been built during 650 AD in Nagara style and it has all the main features of the pre-10th century Orissan style temples. The temple is one among the Parasumeswar group of temples that are considered the oldest temples in Bhubaneswar.

Brahmeshwar Temple – Brahmeshwar Temple India in the state of Odisha (Orissa) is also one of the most beautiful and ancient temple in the city of temple where devotees from different parts of the country come to pay homage to lord Shiva. It is believed to be erected at the end of 9th century AD as richly carved inside and out. As far as Brahmeshwar temple information Odisha (Orissa) is concerned, it has been built with traditional architectural methods of wood carving that has been applied on stone building. It has also two main connecting buildings known as Jagmohana and Sikhara – the towering sanctuary.

Konark – The magnificent Sun Temple at Konark is the culmination of Orissan temple architecture, and one of the most stunning monuments of religious architecture in the world. The poet Rabindranath Tagore said of Konark that ‘here the language of stone surpasses the language of man’, and it is true that the experience of Konark is impossible to translate into words.

The massive structure, now in ruins, sits in solitary splendor surrounded by drifting sand. Today it is located two kilometers from the sea, but originally the ocean came almost up to its base. Until fairly recent times, in fact, the temple was close enough to the shore to be used as a navigational point by European sailors, who referred to it as the ‘Black Pagoda’. Built by King Narasimhadeva in the thirteenth century, the entire temple was designed in the shape of a colossal chariot, carrying the sun god, Surya, across the heavens. Surya has been a popular deity in India since the Vedic period and the following passages occur in a prayer to him in the Rig Veda, the earliest of sacred religious text:

“Aloft his beams now bring the good, Who knows all creatures that are born, That all may look upon the Sun. The seven bay mares that draw thy car, Bring thee to us, far-seeing good, O Surya of the gleaming hair. Athwart in darkness gazing up, to him the higher light, we now Have soared to Surya, the god Among gods, the highest light.”

Arrive and check in at Hotel.

Morning after breakfast proceed for sightseeing tour of Puri visiting

The Temple of Lord Jagannath built during the 12th century A.D. by Chodaganga Deva dominates the landscape for kilometers around. Being the tallest temple (65 metres) in Orissa, it is one of the most magnificent pieces of monuments of India. In front of the main gate stands a 16 sided monolithic pillar (11 metres high), called Aruna Stambha which formally stood in front of the Sun Temple and was brought to Puri during the 18th century A.D. Some of the other important temples are Gundicha, Lokanath, Sunaragauranga, Daria Mahabir and Tota Gopinatt. There are also a number of holy tanks like Narendra, Markandeya, Sweta Ganga and Indradyumna. There are many Monasteries locally known as Mathas also of touristic interest.

Pipali the Art Village : Pipli is the capital of appliqué craft in Orissa. Most of the work sold on the street stalls of Pipli is produced for a growing tourist market, however superb craftwork is still produced and available if you have the time to look around. The villagers of Pipli produce appliqué art, a process of cutting colored cloth into shapes of animals, birds, flowers leaves gods, goddesses and other decorative motifs and stitching them over a piece of cloth. These creations are then fabricated into lampshades, handbags, cushion covers or even garden umbrellas. A famous example is the enormous appliqué canopies above the reigning deity of Puri, Lord Jagannath.

Dhauli – The ancient land lets you know about the enormous battles that were fought here, the Kalinga War of 261 B.C. Buddhism for which Dhauli is so well known played a crucial role in transforming King Ashoka to a diehard Buddha devotee who eventually followed the preaching of Buddha for the rest of his life. Dhauli is famous for the edicts related to Buddhism that were composed from the Brahmi script and used Prakrit language. One can spot a series of rock cut monuments at this hill. Numerous artifacts tell us about the urban settlement at this place in the 3rd century B.C. One finds the image of intricately carved elephant and close to this elephant, you have a stupa.

64 Yogini Shrine – The Shrines in Orissa provide a glimpse into the religious sand occult practices from the medieval times that are still alive in Orissa’s tribal traditions and folklore. Built during the 9th century to harness the supernatural powers, only four of the architecturally distinct 64 Yogini Shrines survive in India today. Two of the temples are in Orissa – at Hirapur near Bhubaneswar (15 km), and the twin villages of Ranipur and Jharial. The other two 64 Yogini Shrines are present in Khajuraho and Jabalpur in Madhya Pradesh.

The 64 Yogini Shrine at Hirapur was built under the aegis of Bhauma and Somavamsi rulers of Orissa and is the smallest in the group. Constructed as a hypaethral structure, it is distinct in architecture from Orissa temple architecture as well as temple styles in the rest of India.

Continue drive to Bhubaneswar
Arrive and check in at Hotel.
Overnight at hotel.

Morning after breakfast, in time transfer to airport to board flight for onward destinantion