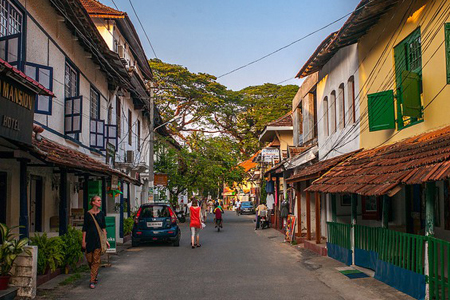 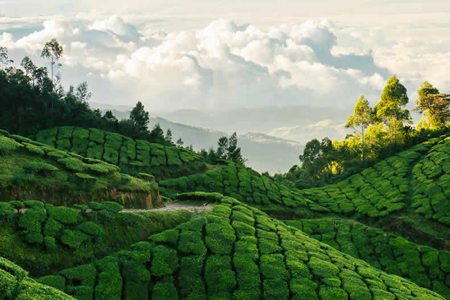 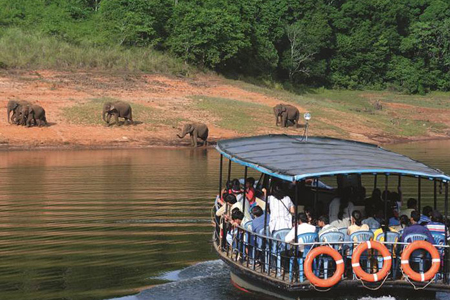 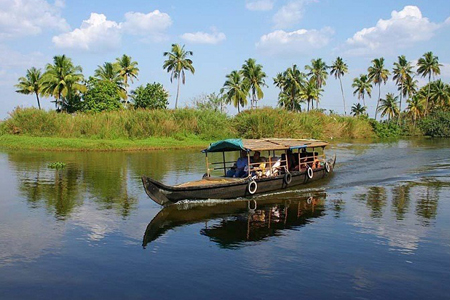 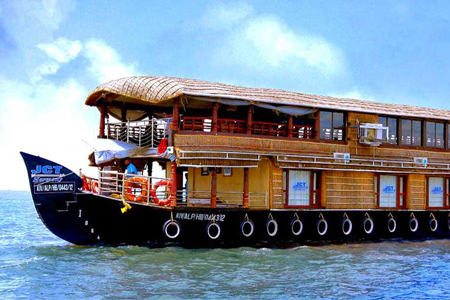 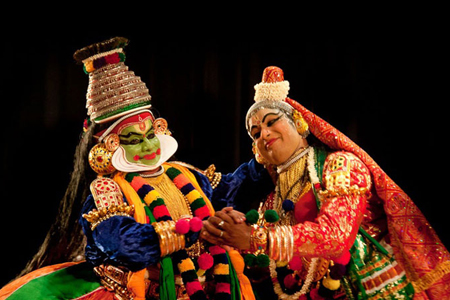 TOUR HIGHLIGHTS –Kerala  “Gateway to the God’s Own Country”, representing the different green carpet of India, blessed with wonderful lush hill towns, bustling amazing cities, fascinating backwaters, exotic wildlife and cozy lake towns. This green tour, where you will spend 08 nights and 09 days to explore, experience and feel rejuvenated by the wonders of Kerala. The well organized tour itinerary covered most popular attractions of Kerala such as Cochin, Munnar, Periyar, Kumarakom and Alleppey. Some of the highlights of the tour are, visit Tea estate in Munnar, walk through the aroma of spices, visit Periyar Wildlife sanctuary by boat which is home for famous Asiatic wild elephants, bird watching, enjoy a relaxed overnight stay on a houseboat sailing on one of the largest fresh water lakes at  Kerala back water region.

Arrive Cochin by flight
Meeting upon arrival by our representative and transfer to Hotel.
Rest of the time at leisure
Dinner and overnight at hotel.

Dutch Palace – Located in Mattancherry, 10 km from Ernakulam, built by the Portuguese in 1557 and presented to Raja Veera Kerala Varma of Cochin, the Palace was renovated in 1663 by the Dutch. The palace is built like the typical Kerala style mansion, the nalukettu – the home of the aristocracy, nobility and upper classes, with four separate wings opening out to a central courtyard. The double-storied building which stands by the panoramic Kochi backwaters has an exquisite collection of murals; also on display are royal paraphernalia like weapons, robes, and so on.

Fort Kochi – The first European Township in India and home to nearly 13 communities, is a historic town brimming with the tales of myriad traders. During 1660s, Fort Kochi peaked in stature as a prime commercial centre and its fame spread far and wide – as a rich trade centre, a major military base, a vibrant cultural hub, a great ship building centre, a centre for Christianity and so on. The town has innumerable interesting sights like Chinese fishing nets along the Vasco da Gama Square, the St. Francis Church, (Vasco da Gama was buried here and his remains were returned to Portugal 14 years later) and so on.

Jew Street – The Jew Street in Fort Kochi is lined with shops that sell curios, antique pieces of crockery, carved wooden furniture, bronze and brass sculptures, remnants of traditional houses, and jewellery. The antique sellers are the descendants of a fast dwindling population of Jews who settled here in AD 52. The Jewish synagogue here, a mark of exceptional architecture and history, has hundreds of visitors every day. Though there are a few other Jewish settlements in the State, Fort Kochi with its synagogue and its popular antique shops is the most prominent.

Chinese Fishing Net – The Chinese fishing nets at Fort Kochi, located in the Kochi city of Kerala, make up a very popular tourist attraction. They are fixed land installations, which are used for a very unique and unusual method of fishing. Operated from the shore, these nets are set up on bamboo and teak poles and held horizontally by huge mechanisms, which lower them into the sea. They look somewhat like hammocks and are counter-weighed by large stones tied to ropes.

Kathakali is one of the oldest theatre forms in the world. This dance form originated in the south Indian state of Kerala and since Cochin is a developing important city, both culturally and commercially, Kathakali is quite popular among locals and tourists here. Infact, there many important Kathakali dance centers in Kochi, which not only render training in this art form, but also organize regular dance recitals. The Kathakali dance is presented in a group, the themes of which are based on Hindu Mythologies – particularly on epics – Ramayana and Mahabharata.

An interesting feature of Kathakali is that the make-up of the dancers is very elaborate. The dancers have to undergo a rigorous training as Kathakali involves a highly developed language of gesture through which they have to convey the story. Kathakali is well embedded in the art and culture of Kochi.

Morning after breakfast depart for Munnar
Arrive Munnar and check-in at hotel.
Afternoon visit the local market
Dinner and overnight at resort

Tata Tea Museum – The plantations played a huge role in attracting people to the area. Tata Tea established a Tea Museum in 2005 which has photographs and machineries, which chronicle the journey of tea in the area. The museum set up at the Nallathanni Estate of Tata Tea ensures that the legacy of those who worked hard to ensure the tea plantations survived this long is recognized publicly. A demonstration room for tea tasting is another attraction where on would come across different varieties of tea. One can taste some of the most exotic varieties of tea available around the world here. It has steadily turned into a must-visit spot for those who wish to delve into the soul of Munnar.

Devikulam: 7 km from Munnar. This idyllic hill station with its velvet lawns, exotic flora and fauna and cool mountain air is a rare experience. The Sita Devi Lake here, with its mineral waters and picturesque surroundings, is a good picnic spot. The lake is also ideal for trout fishing.

Echo Point – About 15 km from Munnar lies the famous Echo Point. Popular for its natural echo phenomenon, one can always see the area full of eager visitors throughout the year. At an altitude of about 600 ft, people love taking a walk in the lush greenery surrounding the place.  It is an ideal picnic spot. People usually come across Echo Point while making the trip to Top Station, the highest point (1700m) in Munnar, on the Munnar – Kodaikanal road. Here the clouds seem like they are just an arm’s length away and one gets a brilliant view of the valley below. This is also a prime viewing spot for the Neelakurinji (Strobilantheskunthianus), flowers which bloom once every twelve years.

Morning after breakfast depart by surface for Periyar

Arrive and check in at hotel

Afternoon proceed for Spice Plantation Guided tour – As you take a walk along the streets of Kumily or the winding pathways among the plantations, the thing that strikes you first is the lingering aroma in the air. The scent may be of cloves, nutmeg, pepper, cinnamon or cardamom and sometimes a fragrance that combines the scents of two or more spices. The geographical and climatic peculiarities of Kumily such as the cool climate and its elevation from the sea level make it ideal for spice cultivation. One of the major spices produced in the area is cardamom. The variety, Cardamom Small, botanically known as Elettaria Cardamom, is the one that is mostly grown here. The thick shrub-like cardamom plant usually grows at an altitude of 600 to 1200 metres from mean sea level (msl). Kerala contributes about 70 percent of the national production of cardamom with the major chunk coming from the plantations of Kumily. The pepper plantations are something else that are worth seeing. The sunlight seeping through the shapely leaves of the pepper plants is an alluring sight.

Herds of elephants moving towards a lake against the backdrop of picturesque mountain ranges with thick greenery – if you come across such a photograph in Kerala, it will most probably be one of the Periyar Valley. Snuggled in the southern region of the Western Ghats, the Periyar Tiger Reserve sprawls over an area of 777 sq. km of forest land and is home to thousands of different species of flora and fauna, including rare and endangered ones. Thick, evergreen forests form about 360 sq. km of the total area of the valley.

Evening witness Tribal dance & Tribal heritage program – The youth of the Mannan and Paliyan tribes living in the fringes of the Park are eager to revive their forgotten culture and the folklores. They have been successful in documenting the lost traditional dance forms of their cult and are all set to launch the traditional dance programs with the support of Periyar Foundation.

Morning after breakfast depart for Kumarakom

Arrive and check-in at resort on Kerala Back waters

Dinner and overnight at resort

The Kettuvallam or ‘boat with knots’- was so called because the entire boat was held together with coir knots only – not even a single nail is used during the construction. The boat is made of planks of jack-wood joined together with coir. This is then coated with a caustic black resin made from boiled cashew kernels. With careful maintenance, a kettuvallom can last for generations.

Freshly cooked meals will be served on board.
Dinner and overnight on board