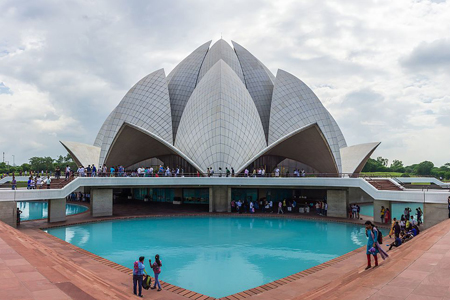 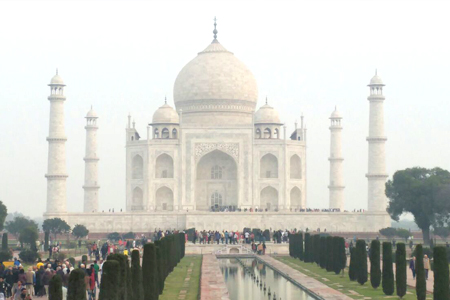 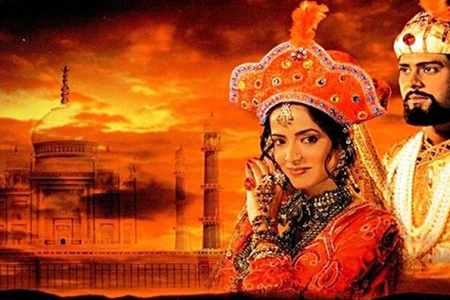 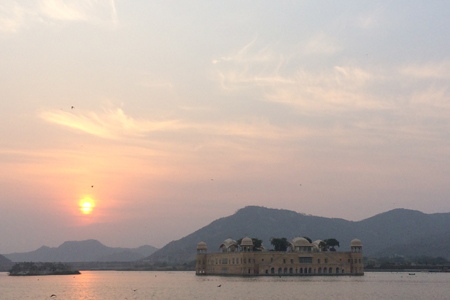 TOUR HIGHLIGHTS –Guided tour to Delhi, Amritsar, Agra and Jaipur, the introductory tour of India with visit to the most holy place for Sikhs “Amritsar” covering important and listed as UNESCO world heritage sites like Red Fort, Bahai Temple, India Gate, century old market called Chandini chowk of Delhi, Golden Temple, Jalianwala Bagh, Taj Mahal & Agra Fort of Agra, Jantar Mantar, Hawa Mahal and City Palace of Jaipur. Go through the itinerary for detail description of Golden Triangle Tour. The tour can be modified as per the requirements and schedule.

Arrive Delhi by flight
Meeting upon arrival by our representative and transfer to Hotel.
Rest of the time at leisure
Overnight at hotel.

Morning after breakfast, proceed for sightseeing tour of Old Delhi and New Delhi

Jama Masjid – Built by Shah Jahan, Jama Masjid was begun in 1650 and it took hard work of six years of more than 5000 workers to build the largest mosque in India. It was customary for the emperor and his courtiers to go to the mosque every Friday for attending ‘Jumme Ki Namaaz’, the congressional prayers.

Red Fort (Lal Quila) – One of the most spectacular pieces of Mughal Architecture is the LalQuila or the Red Fort. Built by the Mughal emperor, Shah Jahan between 1638 and 1648, the Red Fort has walls extending up to 2 kms. in length with the height varying from 18 mts. on the river side to 33 mts. on the city side. (Closed on every Mondays)

Raj Ghat – The Raj Ghat is the last resting place of the Father of the Nation, Mahatma Gandhi. The place is not far away from the banks of River Yamuna. Mahatma Gandhi was cremated here on 31st January 1950 following his assassination on 30th January 1950 by Nathu Ram Godse. The memorial stone is a simple square platform made of black stone. The last words uttered by Mahatma “Hey Ram” are inscribed near the black platform. An eternal flame keeps burning in a copper urn in the Raj Ghat. Thus the first item on the agenda of a foreign dignitary on a state visit to India is to visit Raj Ghat. They the memorial is set in a garden with fountains and a variety of exotic trees. The Gandhi Memorial Museum is just across the road. It houses many belongings of Gandhi and photographs from his life.

India Gate is the pride of Delhi. An imposing structure, the gate was built in memory to the of the 90,000 Indian soldiers who laid down their lives during World War I. Situated at the at the end of Rajpath, the India Gate is 42 meters high

Baha’i Temple (Lotus Temples) in Delhi is often compared to the Sydney Opera House. Popularly known as the Lotus Temple, Baha’i Temple is a major feature of Delhi and is well known for its appearance. There is no doubt that in years to come the temple will prove to be a mecca for the visitors. Baha’ism is considered to be a syncretism of the nine great religions of the world and traces its genesis to its prophet Baha’u’llah, born in Persia in the twentieth century. (Closed on every Mondays)

Qutab Minar, one of the most visited places in Delhi. The unique architectural structure of the monument attracts many visitors from all across the world. The construction of Qutab Minar began in the 12th century and it was completed in the 13th century. Beautiful calligraphy of the magnificent tower adorns the adjacent edifices. The Minar rises over 230 feet and can be ascended by a circular stairway for a breathtaking view.

Humanyu’s Tomb – The last refuge of Mughal Emperor Humayun reminds rather of a luxurious palace, than a tomb located in the eastern part of Delhi. Humayun’s tomb is one of the best preserved Mughal monuments.  This spellbinding mausoleum is the first example of Mughal architecture in India. After a century from its construction Humayun’s tomb inspired the construction of the more famous TajMahal. It was built thanks to the initiative of his widow HamidaBanu Begum, who commenced the construction of a mausoleum for her deceased husband in 1565, nine years after his death in 1572. The architecture of the tomb is strongly influenced by Persian architecture, the architect of the building Mirak Mirza Ghiyas himself was of Persian origin, constructed the tomb in the center of a Persian-style chaharbagh garden (translated from Farsi – four gardens) with quadrilateral form. The mausoleum stands on a massive platform which has a height of up to 7 meters, the building is constructed from red sandstone, while the tomb itself is made of yellow and black marble.

Return to your hotel

Golden Temple or known as Sri Harimandir Sahib, Amritsar is not only a central religious place of the Sikhs, but also a symbol of human brotherhood and equality. Everybody, irrespective of cast, creed or race can seek spiritual solace and religious fulfillment without any hindrance. It also represents the distinct identity, glory and heritage of the Sikhs. The four entrances of this holy shrine from all four directions, signify that people belonging to every walk of life are equally welcome. Beginning early in the morning and lasting until long past sunset, these hymns are chanted to the exquisite accompaniment of flutes, drums, and stringed instruments. Echoing across the serene lake, this enchantingly beautiful music induces a delicate yet powerful state of trance in the pilgrims strolling leisurely around the marble concourse encircling the pool and temple.

Jalianwala Bagh – The 1919 Amritsar massacre, known alternatively as the Jallianwala Bagh massacre after the Jallianwala Bagh (Garden) in the northern Indian city of Amritsar, was ordered by Brigadier-General Reginald Dyer on Sunday April 13, 1919, which happened to be ‘Baisakhi’, one of Punjab’s largest religious festivals, fifty British Indian Army soldiers, commanded by Dyer, began shooting at an unarmed gathering of men, women, and children without warning. Dyer marched his fifty riflemen to a raised bank and ordered them to kneel and fire, soldiers were ordered to reload their rifles several times and shoot to kill. Official British Raj sources estimated the fatalities at 379, and with 1,100 wounded.

Baisakhi is a Sikh festival, commemorating the day that Guru Gobind Singh founded the Khalsa Panth in 1699, and also known as the ‘Birth of Khalsa.’

Wagah Border is the border line running along the Grand Trunk Road between Amritsar in Punjab, India, and Punjab in Lahore, Pakistan. People from all across the country visit this place to witness the Beating Retreat Ceremony that is held every day before sunset. This ceremony includes the closing of the international gates and lowering the flags of both the countries. The flag ceremony is conducted by the Indian Border Security Force and Pakistan Rangers since 1959.

The Wagah Border is located at a distance of 22 km from Lahore and 30 km from Amritsar. Every evening, just before the sunset, the soldiers from the Indian and Pakistan military meet at this border post to engage in a 30-minute display of military showmanship. Officially, the purpose of the ceremony is to formally close the border for the night and lower the national flag. However, it is an entertainment ceremony and a patriotic display for the thousands of people who come here every day. During the build-up to the ceremony, the crowd witnesses national anthem chanting, rounds of applause and Bollywood-style dancing.

Return to the hotel and overnight.

Arrive and check in at hotel.

Taj Mahal– Built by Emperor Shah Jehan in memory of his beloved Queen Mumtaz Mahal, this beautiful mausoleum in pure white marble is an architectural marvel. The Taj by sunrise and sunset is a breathtaking sight.

Agra Fort – Built by Emperor Akbar, the maze of courtyards, mosques and private chambers of the fort echo the story of the Mughal Empire.  The Moti Masjid and other magnificent buildings reflect the skill of the ancient Indian architects and artists.

Return to your hotel

Morning after breakfast depart for Jaipur en route visit Chand Boari–located in the eastern part of the province of Rajasthan, Chand Baori is 140 kms from Fatehpur Sikri and 95 kms from Jaipur, Baoriis a step well built by King Chand somewhere in 8th & 9th centuries, over a thousand years ago in the Abhaneri village of Rajasthan which has 3,500 narrow steps arranged in perfect symmetry, which descend 20m to the bottom of the well. It is one of the largest step well in the world and also one of the most beautiful one. It is not an easy landmark to find, thus it is one of the hidden secrets of India. About 64 feet deep, it is India’s largest and deepest step well with 13 floors and was built for the purpose of water harvesting. Today, the construction is not used as a well anymore but its exquisite geometry attracts local and international visitors alike.

Arrive and check in at Hotel

Overnight at the hotel.